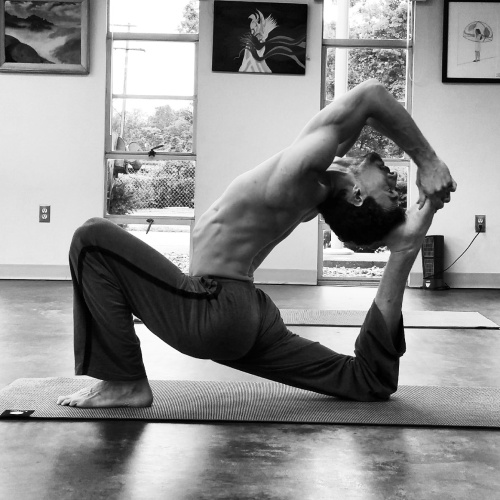 Glenn Brown has lived in New Albany Indiana since 1986, and was born in Alabama in 1980. He received 100 hours certification in Hsing-I Kung-fu, Qigong, and Acupressure in England by the Red Dragon School of Martial Arts in 2001, and became a 500 hour certified Bikram Yoga Instructor in LA in 2002. He has been teaching classes at Bikram Yoga College of Southern Indiana from 2002 up to the present. He is the 2018 USA Yoga Asana National Champion, and the 14 time Indiana Regional Champion between 2003 & 2018. He also placed 5th in the 2016 Nationals , 2nd in 2017 Nationals, and has coached competitors from many states.

Glenn founded Lionflow Progressive Yoga & Arts, LLC in 2010 based on the progressive home workout method built over his lifetime, and from his experience teaching private students home yoga workouts they could see progress in at his home studio, parks, living rooms, art galleries, offices, and schools. He taught the University of Louisville Football team in their 2012 & 2013 pre-season training. He has also given Yoga history & application lectures, and performed demonstrations at Floyd Memorial Hospital, Turner’s Circus, IUS, Playthink Movement Arts Festival, Soul Cleanse Festival, Art Galleries, Elementary schools, and many other local businesses. Glenn is also an Artist & Author, and self published his first book of poetry & art, “ Four in the Fire “, in 2007. More work is coming soon.

In 2016 Glenn began teaching as an Adjunct Instructor at Indiana University Southeast, and also earned his certification in Sun style Tai Chi. At IUS he teaches students accredited Yoga & Tai Chi classes about history, method, and different styles of practice. In 2018 inspired by his college course he transitioned his Yoga studio from “ Lionflow Yoga Studio “ to “ Array Yoga Studio / Lionflow Yoga HQ “ to open the doors to more styles, and teachers with a new yoga studio mission. Array Yoga is “ The Gallery of Yoga Styles. Expressing unity in a Yoga Studio through mutual respect between different styles, studios, students, and teachers. “

He has dedicated his life to Taoism (Tai Chi & Qigong), Yoga, and art , and hopes to be part of creating more unity in the yoga world between different styles, studios, students, and teachers. “ My goal is to help make the knowledge for people to progress their practices, and achieve their personal goals more accessible.” 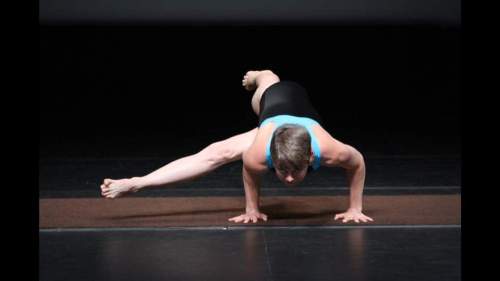 She began practicing Lionflow Yoga in 2011, and began Lionflow Teacher Training in 2012, and has continued her training as an apprentice to the present.

Donna began competing in the USA National Yoga Championship in 2015, and has been the 3 time Womens Adult+ division Indiana Champion, and has placed in the top 5 Nationally for her division for the last 3 years.

She is currently a Lecturer at Indiana University Southeast, and a valued Substitute teacher & community member of Array Yoga Studio.

Ayanna is the co owner of Bikram Yoga Indiana which she & her brother, Alexander King, opened in 2001. She teaches a full load of classes at her studio, which you can find with this link – indianabikram.com

She will be teaching specialty classes for kids at Array Yoga, as well as co teaching the Classic 84+, and will also be introducing a Hatha Yoga class based on her research into the Ghosh lineage yoga that she loves, at Array Yoga. For any confused students, she will still be teaching her usual classes at Bikram Yoga Indiana. The classes she teaches at Array Yoga are in addition to her usual class schedule, just fyi 😁. We are honored to include her among our teachers.

Ayanna has also takin part in the Yoga Asana Championship every year since 2003 as either competitor, judge, coach, or MC. She placed 2nd in the 2019 Nationals, 3rd nationally in 2013, and 7th in the International Championship in 2003 & 9th in 2013. She still competes, and coaches, and will be taking part in out Championship trainings.